Like last year I enrolled Carsguide in the Sydney Rides Business Challenge. I was aiming for first place this time round.

But the month of the challenge proofed to be one of the months with the biggest employee fluctuation making it hard to get people to participate.

To get the numbers up the Culture Club was organising a BBQ at Prince Alfred Park on the last day of the challenge to get everyone out and on a bike.
Unfortunately it started raining heavily around 11am and the BBQ had to be cancelled.

So we started brainstorming what we could do instead and came up with the idea of using the carpark of the building basement to ride. And thus about twenty of us (including the CEO and a few other from SLT) went downstairs armed with a few bags of chips and started doing loops in basement.
A few people had brought in their bikes in anticipation of the outdoor event and we had a lot of fun.

In the end we fell short by one person and came second again. But I again topped the list of most people encouraged and took home the Top Encourager award for the second time. 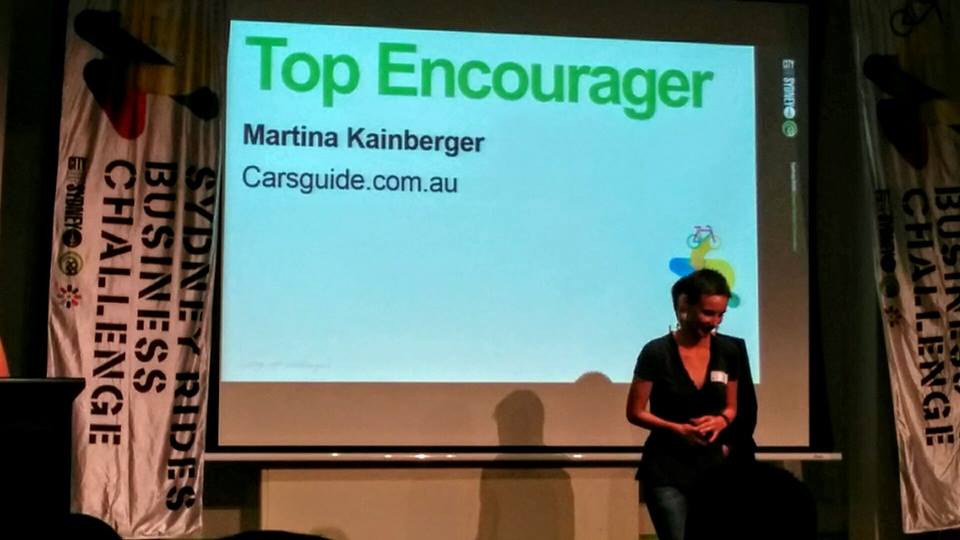 ← How to update a linux kernel on a small boot partition